The BrushBot is a ground mobile robot that exploits brushes and vibration motors for locomotion.

It was initially built by Jamison Go and used by Rowlan O’Flaherty (former undergraduate and PhD student, respectively, in the GRITS Lab). Its initial realization is shown in the picture below. 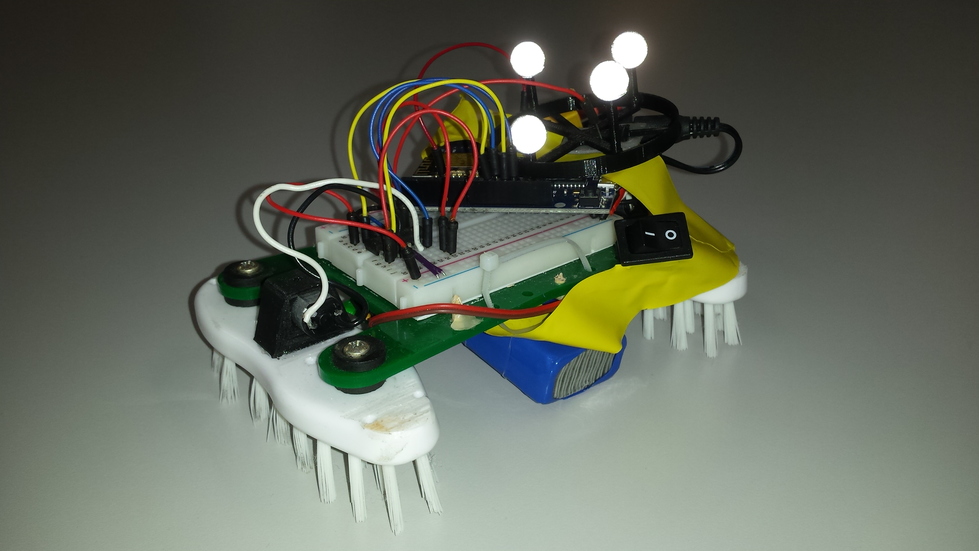 After having been forgotten for a couple of years, it has been recently brought back to life, as shown in the next video.

The BrushBot drives on brushes using vibrating motors. The vibrations generated by the motors make the brushes act like springs that randomly push the robot around. This randomness is the main source of problems, and therefore interest, when working with this robot. Among the attempts to model and control such a robot, the following ones have to be mentioned:

Nevertheless, a way of reliably controlling these simple robots still remains elusive, unless a more accurate mechanical design, shown in the pictures below, is employed. 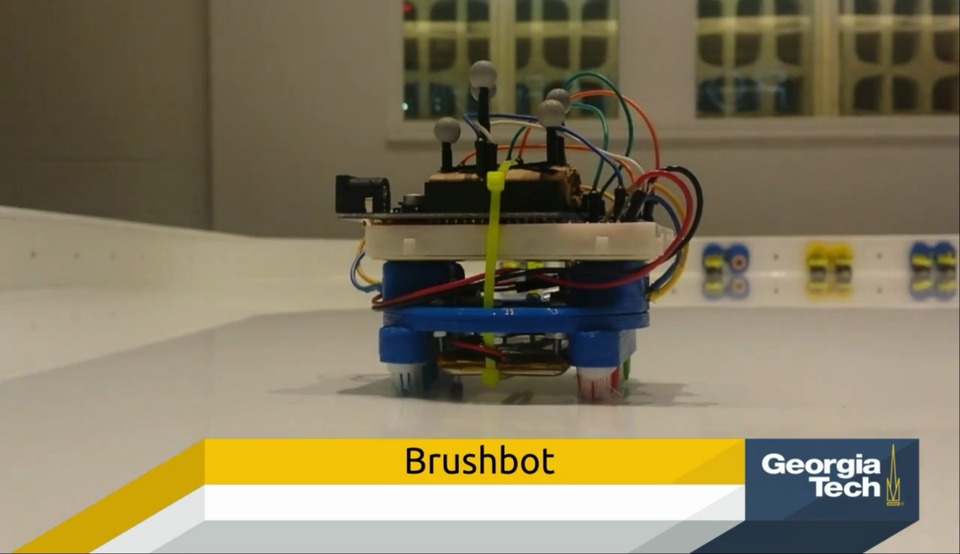 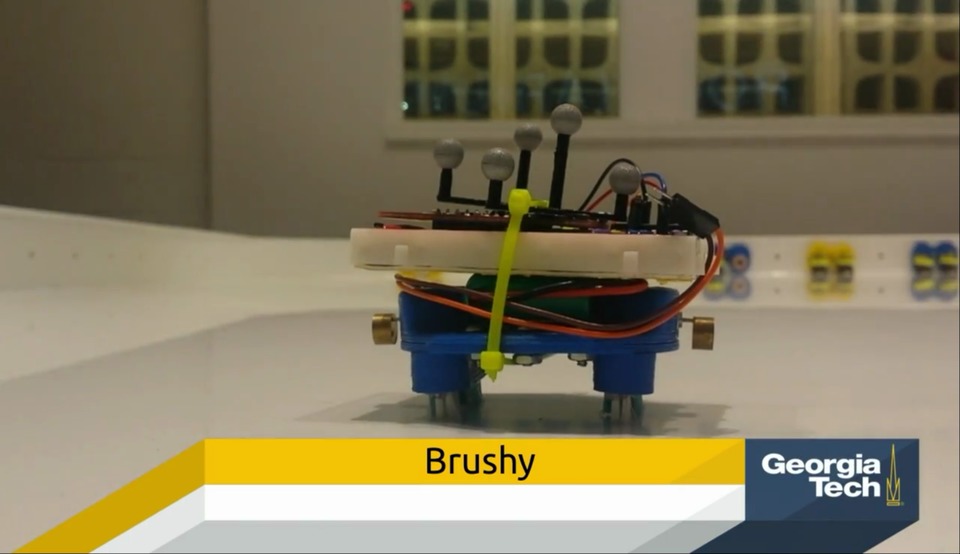 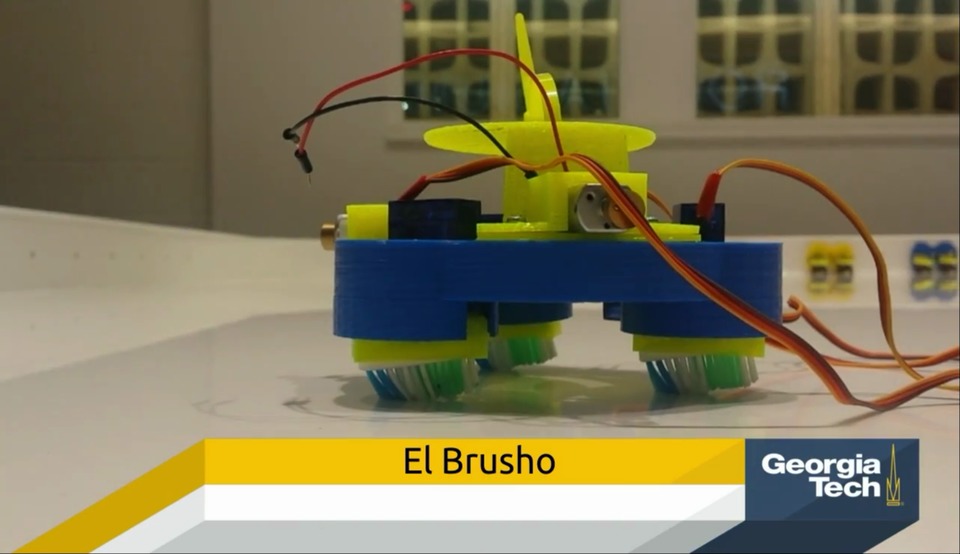 The following video shows these three robots going around the Robotarium.

The dream of a reliable and robust robot which is simple to build and control will drive the next steps of the research on the BrushBot. In particular, this platform seems to be particularly suitable to experiment with machine learning and control, and their synergistic application to solve problems in Robotics.