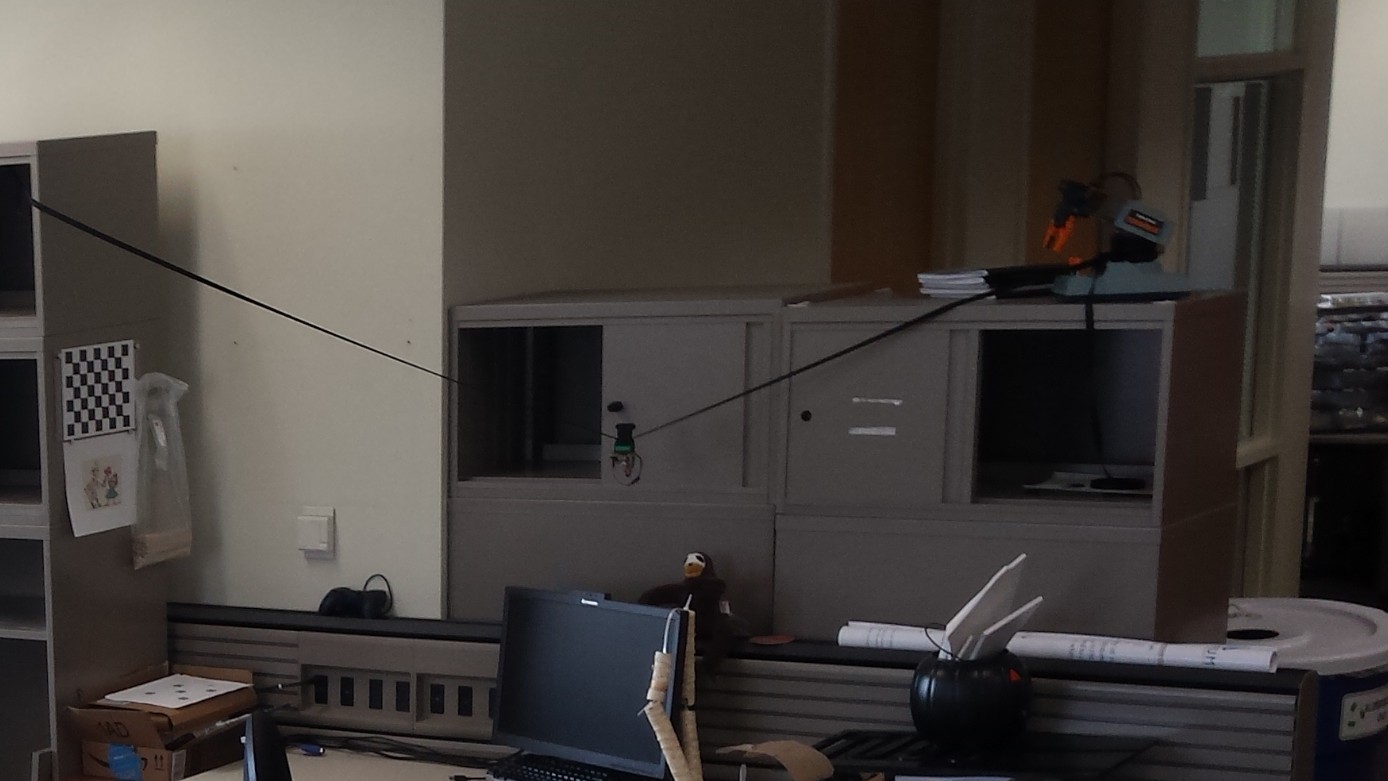 The SlothBot is a wire-traversing robot for long-term environmental monitoring applications. It is a solar-powered, slow-paced, energy-efficient robot (hence its name) capable of moving on a mesh of wires by switching between branching wires.

The design objectives that drove the development of the SlothBot have been the following: 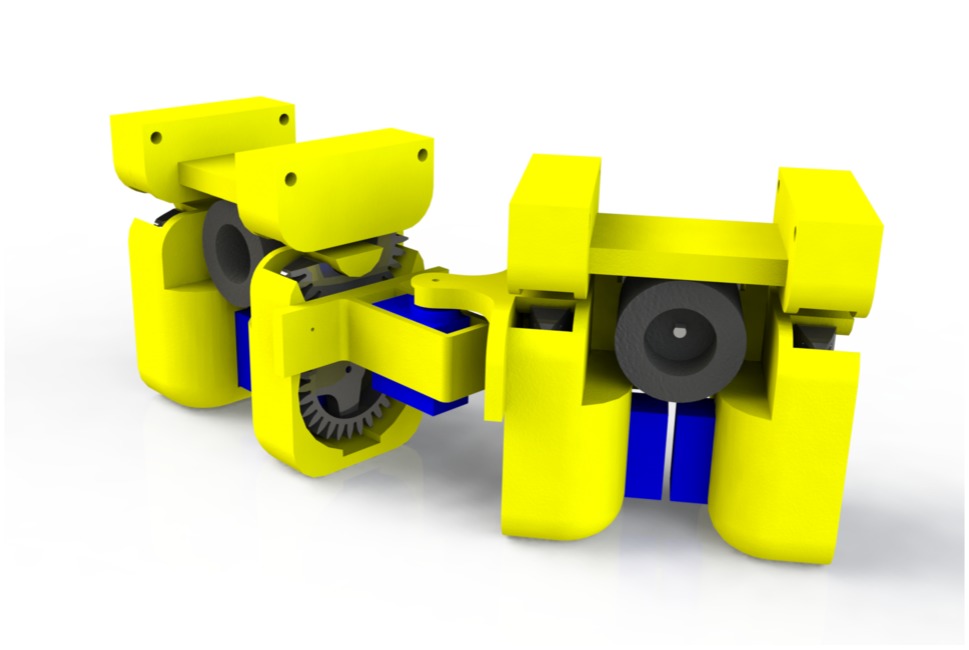 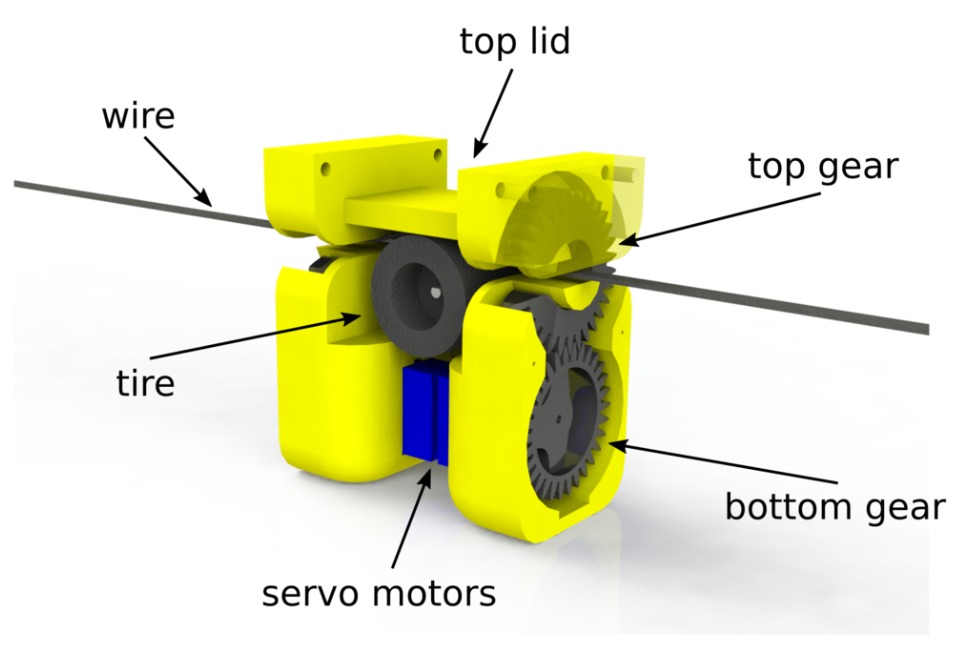 The mechanical structure of the SlothBot consists of two bodies connected by an actuated hinge. Each body (shown in the figure above), houses a tire driven by a DC motor. Wheels, as opposed to brachiation-based locomotion, make motion control simple, while, at the same time, allowing a safe motion on a mesh of wires. The two servo motors on each body allow the opening of gaps in the top gears: this allows the SlothBot to switch between branching wires. The switching maneuver is shown in the sequence of figures below.

The switching mechanism of the SlothBot allows it to safely switch between branching wires. In fact, at each point in time, at least one of the two bodies is firmly hung on the wires. In the figures above, from left to right, we see the SlothBot switching from one branch to another. First, the top gears of the rightmost body open, allowing the first body to move onto the new branch. Once the first body is firmly attached to the new branch, the top gears of the second body open, letting the SlothBot complete the switching maneuver.

The following videos describe locomotion principle and switching mechanism, and show the SlothBot in action.

A more detailed explanation of both the purpose and the operation principle of the SlothBot can be found here.